The End of the Frugal Year(s) 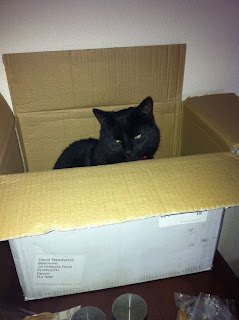 As you may have noticed I haven't been posting on the blog too much recently.  This is, in part, to it's success; I've been playing too many games and getting too many models painted to actually blog about it!

As I don't have as much time to dedicate to the blog as I'd like, I'm going to close it.  What this means is that no new posts will be be added, but the content will still be up for all to view.  I'll also still be out on the streets; gaming, painting, modelling and generally geeking out.

The blog has proved to be very successful and I'm certain that it wouldn't been any good without the fantastic input from Von, Pete and Arabian Knight who all produced great articles and helped make the site very successful.


All the feedback and input I've received from you, the readers, over the years has been invaluable and has really made me part of a wide community.

Since starting the blog, my gaming has increased and my painting has improved in both speed and quality, I've also made some good friends along the way.  I've probably spent a bit more than I planned, but hey, nobody's perfect.

Email ThisBlogThis!Share to TwitterShare to FacebookShare to Pinterest
Labels: nostalgia, not a proper post, Pointless photographs, this isn't gaming

Thanks for a great blog, and best wishes from Philadelphia!

sorry to see you go dude, I did well out of you! A unseen lurker mag and a grand battery book that has prompted me to start historical gaming! Thanks for that and the great posts

good luck in the future

Thanks for all the time you spent on this inspirational blog!

Thank for your blogging, it was really a great experience.

You say that, but you did fine for a year without any of us... :p